SPRINGFIELD – Voting is now open in the final round of the inaugural “Makers Madness” contest, a bracket-style tournament hosted by the Illinois Manufacturers’ Association (IMA) to determine the Coolest Thing Made in Illinois.

The field of contenders has been narrowed down to the Top 4 from more than 260 individual products initially nominated from across the state. Almost 250,000 votes have been cast in in the contest, which is designed to showcase the many amazing products made by companies across Illinois along with the range of career opportunities available in the industry.

“America is facing extraordinary times and manufacturers are answering the nation’s call and leading the way forward. Amazing and innovative companies are making life-saving products, equipping first responders and ensuring that our food supply is strong,” said Mark Denzler, president and CEO of the Illinois Manufacturers’ Association “Although we launched this contest before our state and country began feeling the effects of the COVID-19 pandemic, it’s been encouraging to see the outpouring of support for these products and companies. Our four finalists are a wonderful representation of our strong and vibrant manufacturing sector here in Illinois.”

The Top 4 products are: 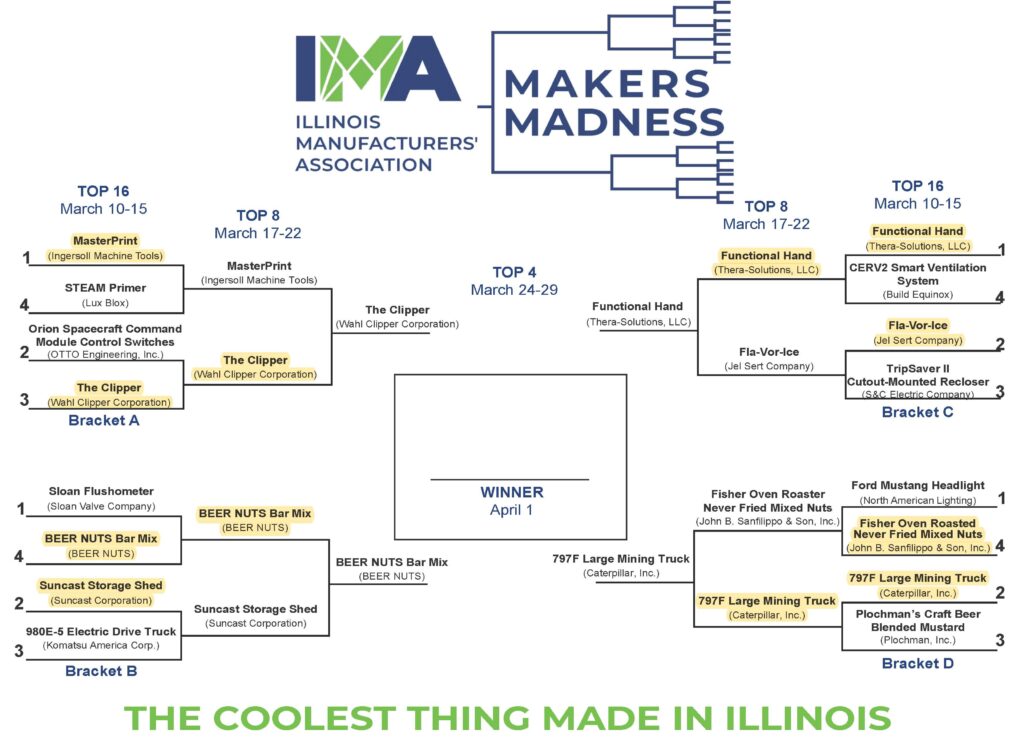 Voting is now open at www.makersmadnessil.com and will run through March 29. Voters may cast one vote per day in the final round. The winner of the Coolest Thing Made in Illinois contest will be announced on April 1. Due to precautions put in place amid the COVID-19 pandemic, an awards ceremony will no longer take place at the Governor’s Mansion. The winner, along with all 16 finalists, will be officially recognized at an event later in the year.