By Illinois Manufacturers' AssociationMarch 16, 2021No Comments

Voters to Decide The Coolest Thing Made in Illinois 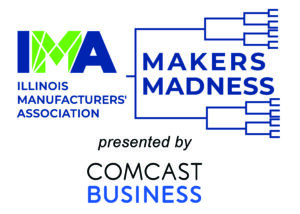 SPRINGFIELD – Four products remain as voting opens in the final round of the second annual “Makers Madness” contest, a bracket-style tournament hosted by the Illinois Manufacturers’ Association that lets voters decide which product is The Coolest Thing Made in Illinois.

Presented by Comcast Business, the competition shines a light on Illinois’ diverse manufacturing sector, which has played a critical role in the state and nation’s response to the coronavirus pandemic. Manufacturers are developing life-saving vaccines and treatments, producing needed personal protective equipment, keeping store shelves stocked with important goods and nutritious foods, and powering our homes and businesses.

Manufactured by Deco Manufacturing Company in Decatur since 1955, Custom Tooling includes lifting devices, pneumatic and hydraulic equipment, assembly tooling and fixtures used by customers in more than 120 countries including some utilized by numerous NASA space programs, the defense industry, automotive sector, and mining.

Voting for the final round of the contest is now open and will take place at www.makersmadnessil.com. Voters may cast one vote per day until voting closes at 11:59 p.m. on March 21. The contest will culminate with a virtual awards ceremony at 12:00 p.m. on March 24 when The Coolest Thing Made in Illinois will be named.

“These finalists represent the best of Illinois manufacturing and should be applauded for their creativity, determination, and innovative spirit. Despite the immense challenges of the last year, manufacturers large and small answered the call, keeping our economy running while quickly adapting to produce personal protective equipment, testing supplies, treatments and vaccines to battle the virus,” said Mark Denzler, president and CEO of the Illinois Manufacturers’ Association. “Makers Madness celebrates the men and women on factory floors who make the world a better place to live every single day.”

“Comcast Business congratulates each of the Top 4 finalists. The caliber of these products and the other Makers Madness contest entries says a lot about the strength of manufacturing and innovation in the state,” said Sean McCarthy, Comcast’s Regional Vice President of Business Development and Strategic Initiatives. “We’re proud to support the Illinois Manufacturers’ Association and the industry as a whole, and are heartened to know that our work together helps manufacturing thrive in the state.” 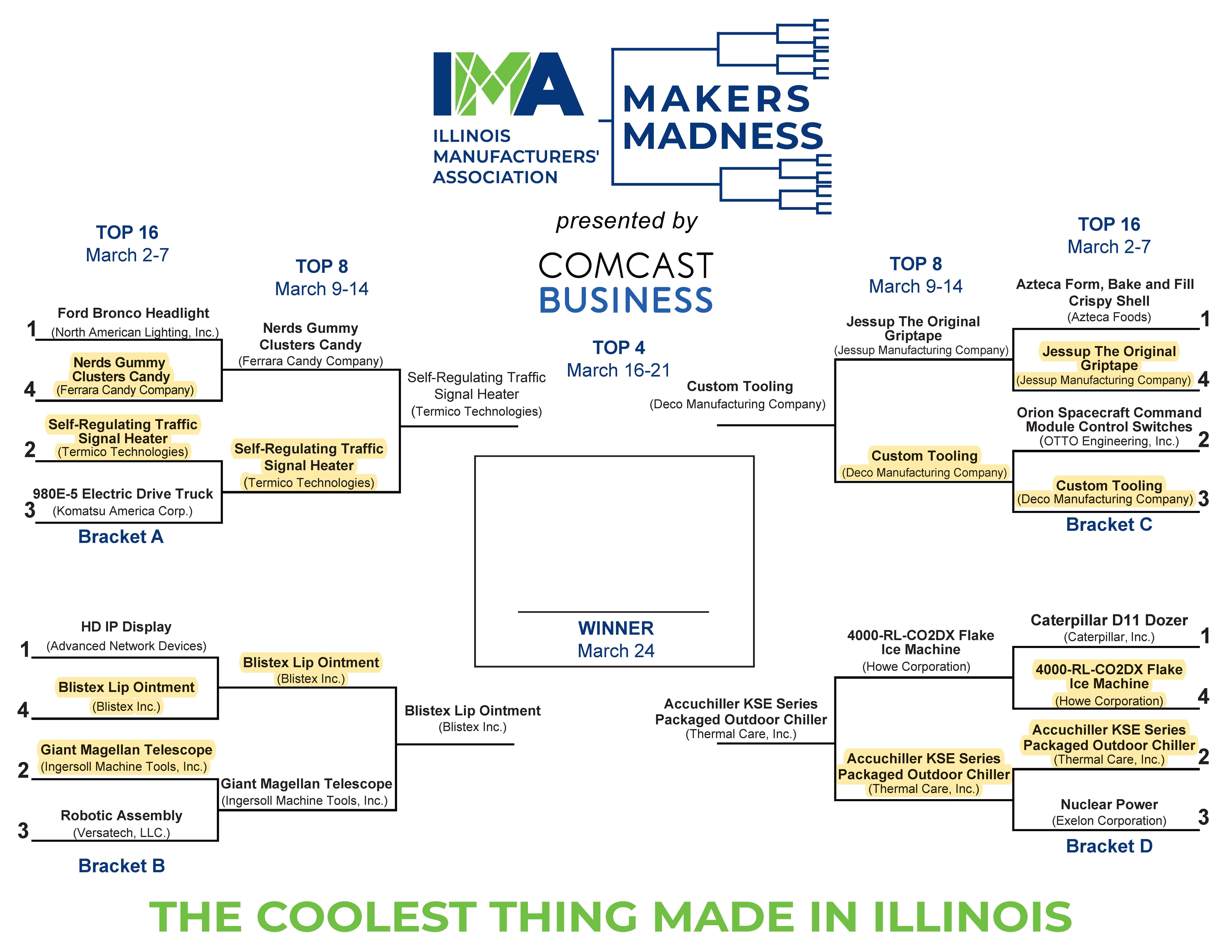